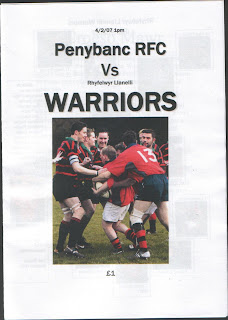 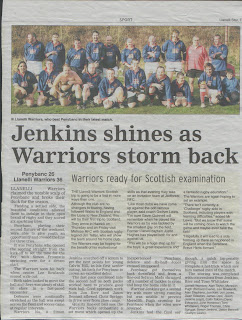 Report from the star 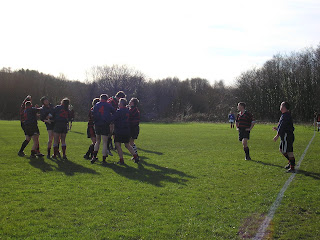 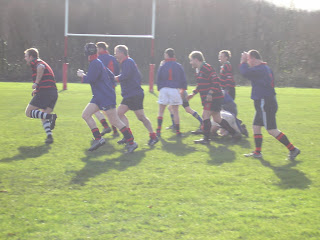 For those about to run...Jas salutes you 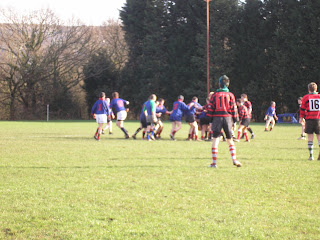 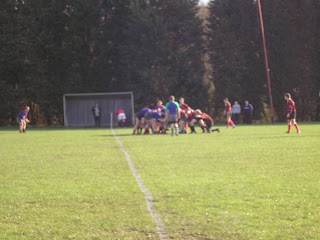 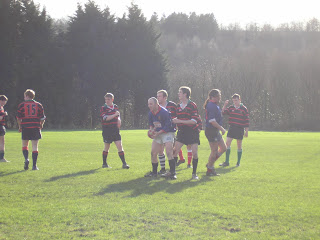 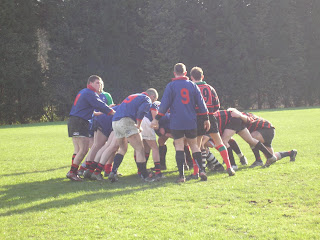 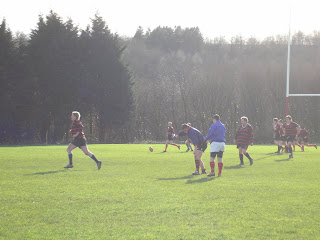 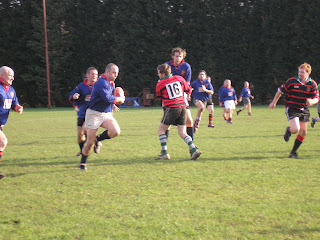 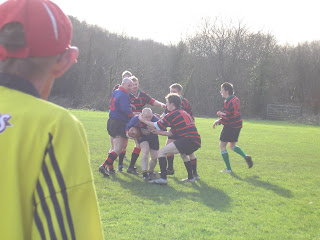 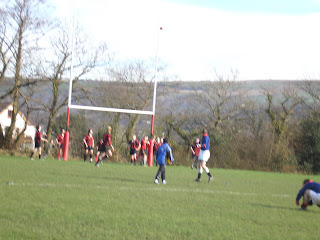 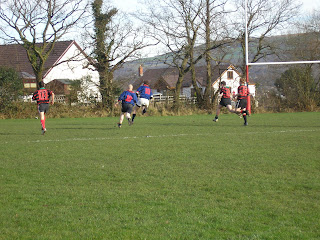 Juice slices through for try 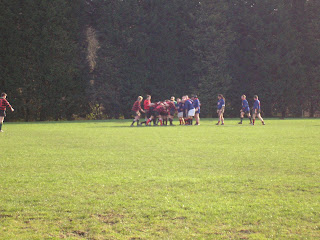 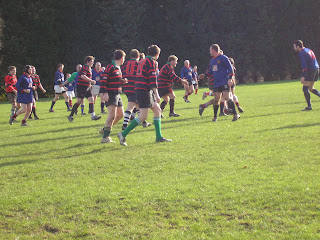 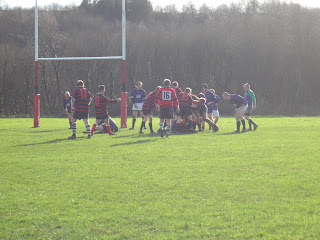 Pressure on the Warriors line 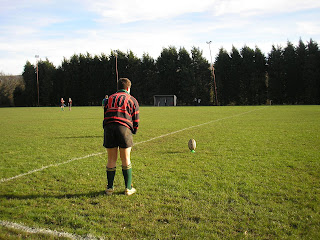 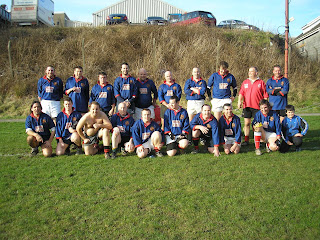 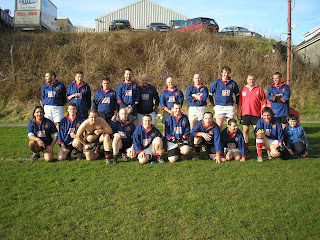 I did ask Meredith to keep his shirt on 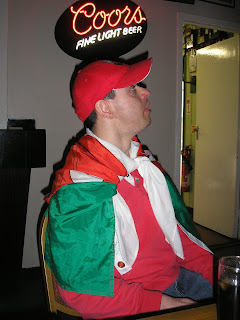 Colin all ready to watch Wales in action 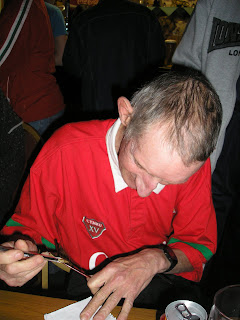 Louie all ready for Bingo 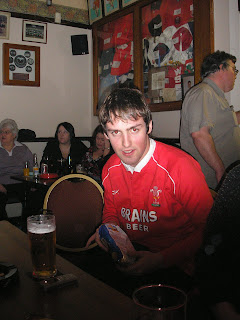 Jon Kerr all ready to fight over a pack of crisps 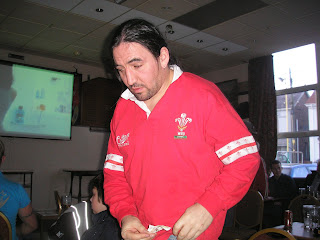 Gwilym sufers as he actually spends some money 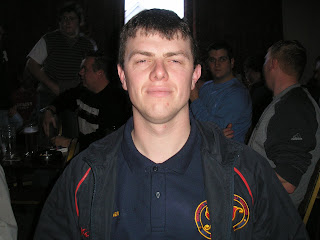 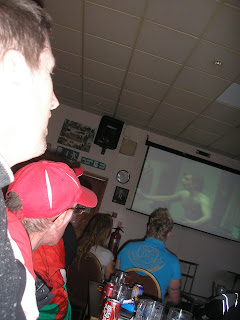 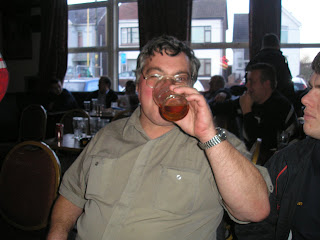 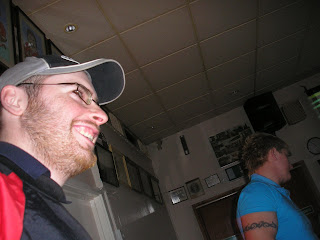 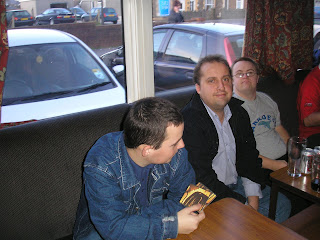 A win at last! The Warriors traditional poor run finally came to an end with an exciting win in sunny Penybanc. 6 tries were scored in a timley pre tour boost. As ever the game was played in an excellent spirit and was very enjoyable for all involved. Penybanc, who had defeated Felinfoel the previous day, used the game to introduce young guns with a number of debuts, Big Al giving them a couple of 'welcome to seniors' moments. Meredith proved a turn coat again and was this year Joined by Jumpin' John Horwood although Lee Mole did give him a couple of dabs for his troubles. Killer and Bloc had a couple of nice runs with Killer able to "suck up the pain" of a cut mouth (ahhh, don't tell Mam!) Simon managed a hatrick and to almost knock Gwilym out while Taylor kept everyone entertained with his comedy full back routine.
In the clubhouse afterwards Wales went down to Ireland in another fast and open game. The atmosphere was so enjoyable that Taylor stayed behind and Rich Hapus almost joined him by missing the bus. There wasn't even a hint of a pwdi until the bus home when Meredith stepped up to the plate and refused to join in the singing. To be fair it was no Wheredyataker/Killer type strop and he was locked out for the night having lost his keys.

Match Report
The Warriors claimed the notable scalp of Section A leaders Penybanc on the weekend and broke their duck for the season. Fielding a settled side the beautiful conditions allowed them to indulge in their open brand of rugby and they created sparkling 6 tries. Penybanc meanwhile, playing their 2nd fixture of the weekend were able to give youth an opportunity and in a good spirited game crossed the line 3 times themselves.
It was Penybanc who opened the scoring straight from kick off to set the tone for the day, Simon Frounatis sprinting over for a dream start.
The game was open from the outset and the Warriors soon hit back when center Lee Rowlands scored out wide.
Both sides looked to move the ball and there was plenty of skill on show in a pacy encounter. Defences were continually stretched on both sides as the ball was swept about and scores came at regular intervals throughout the game. Warriors No8 Simon Jenkins scorched off a scrum to get the next points but young Calvin Hill, in his 1st senior outing hit back for Penybanc to top an excellent debut.
The fast pace continued into the second half as both packs worked hard to produce good ruck ball, good approach work from Jon Kerr and Jason Bennett allowed Chris Spriggs to drive over from close range. The next score was very different, quality line out ball saw the Warriors backs run a set move which opened up the inexperienced Penybanc defence and fly half Jones crossed unopposed.
Penybanc got themselves back down field and from a lineout Selwyn Mads shrugged off a number of poor tackles to cross and keep the home side in it.
Warrior Simon Jenkins got a second try with more strong running but was unable to prevent Meredith Pugh crossing for Penybanc when the roles were reversed. Jenkins had the final say though, a quick tap penalty gave him the space to complete a hatrick which saw him deservedly named man of the match. The scoring was completed with a conversion each from Jenkins, Kerr and Tony Whittaker ensuring the Warriors nailed their 1st win of the season.
Llanelli Warriors: Alan Taylor, Meredith Pugh (Richard Evans), Lee Rowlands, Alan Stephens, Jon Kerr, Jon Jones, Dean Gilasbey, James Dew, Jason Jenkins (Capt.), Colin Talcon (David Edwards), John Horwood (Tony Whittaker), Roger Thomas, Chris Spriggs, Simon Jenkins, Jason Bennett (Gwilym Lewis)
want to read it again?: CLIC

Posted by Llanelli Warriors match blog at 1:14 pm No comments: